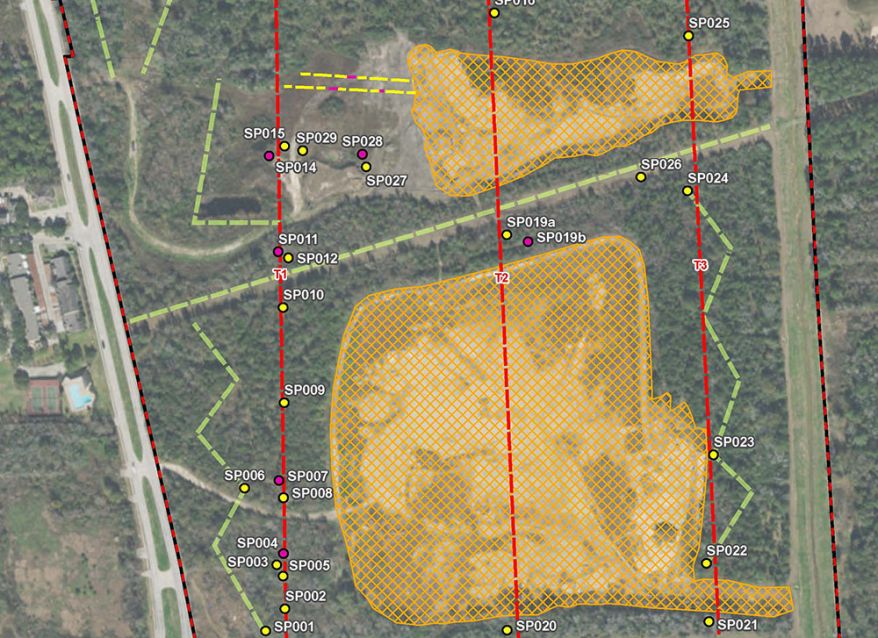 The purpose of the investigation was to identify, classify, and document the location and extent of all potential waters of the United States (WOUS) including waterbodies and wetlands, within the proposed project area through the delineation of the boundary of such features. The OHWM of the channels in the project vicinity was also defined to establish the extent of USACE jurisdiction in those waterways. As part of this investigation, determinations were made whether these featured are considered potential WOUS, as defined by Section 404 of the CWA and/or Section 10 of the RHA, subject to the jurisdiction of the USAC Galveston District and USEPA. This information was obtained through both desktop and field investigations.

RGME conducted all field work in January 2017. Site areas were assessed as wetland or upland using physical observation of wetland hydrology indicators, presence of hydric soils, and prevalence of hydrophytic vegetation as described in Corps of Engineers Wetlands Delineation Manual (1987 Manual) and the Supplement to the Corps of Engineers Wetland Delineation Manual: Atlantic and Gulf Coastal Plain Region, Version 2 (Regional Supplement).  Ordinary high water marks was identified through the observation of physical characteristics such as natural impression on the bank, shelving, changes in the soil character, destruction of terrestrial vegetation, litter or debris, or other appropriate means that consider the surrounding areas. The OHWM of streams in the project location was identified using these characteristics as well as using the Ordinary High Water Mark Delineation Manual for Section 404 Water s by Harris County Flood Control District, October 2005 for further guidance.  A formal pre-verification report was prepared and finalized to address HCFCD comments.

R. G. Miller Engineers, Inc. provides a wide range of infrastructure services to both public and private sector clients. Our integrated team of professional engineers is skilled and experienced in all areas of site and land development, utility districts, public works, transportation, hydrology, and environmental engineering.

Enter your email address to subscribe to our newsletter.