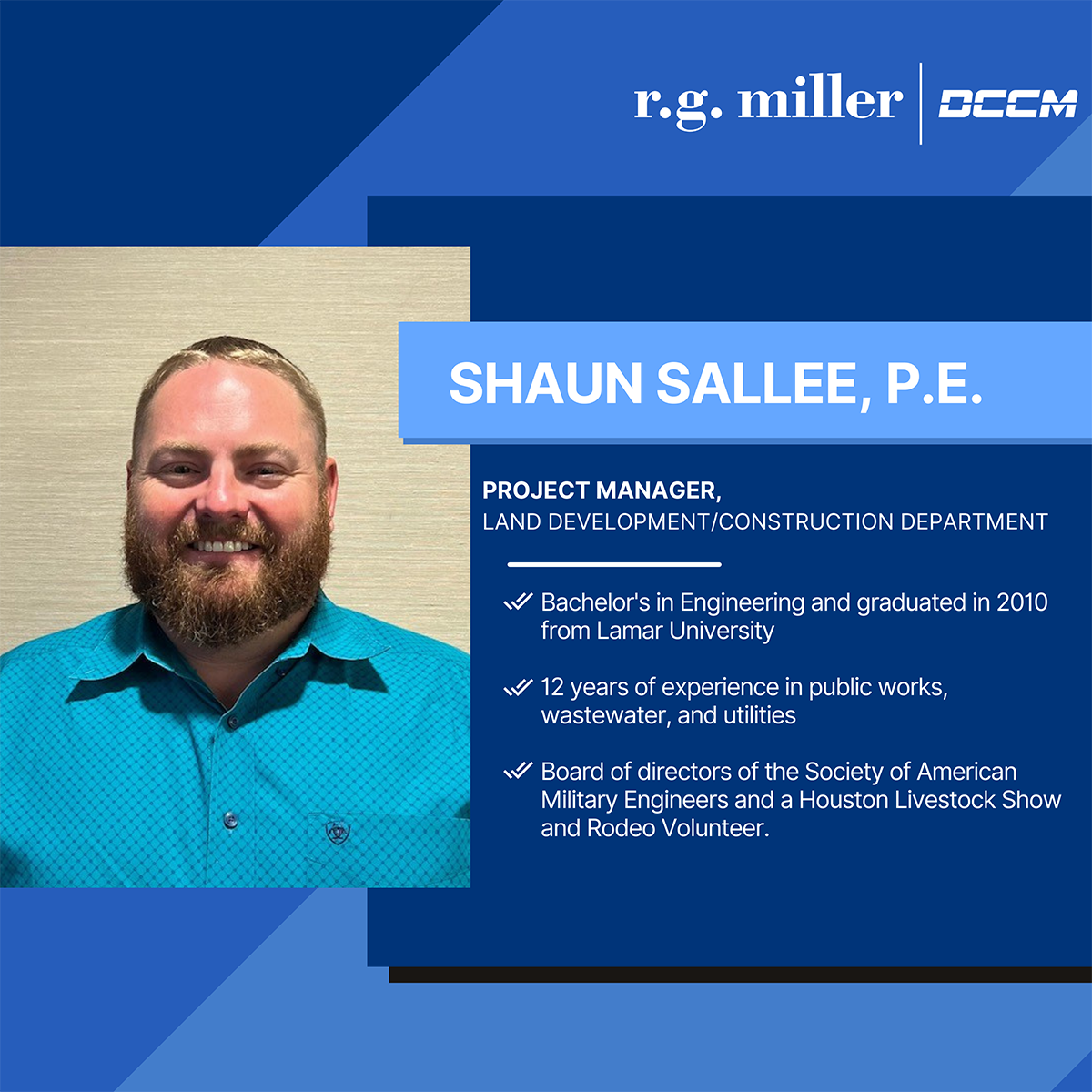 Shaun has 12 years of engineering experience, beginning with public works, where he worked on design for water, wastewater and utilities projects.  He then moved on to construction project management and construction design and oversight.

A Houston native, he attended Lamar University, where he earned his B.S. degree in Civil Engineering in 2010.   He became a licensed professional engineer in 2014.

Outside of work, Shaun serves on the board of directors of the Society of American Military Engineers and volunteers on committees for the Houston Livestock Show and Rodeo.  He also belongs to four volleyball leagues, playing on several local volleyball teams.

R. G. Miller Engineers, Inc. provides a wide range of infrastructure services to both public and private sector clients. Our integrated team of professional engineers is skilled and experienced in all areas of site and land development, utility districts, public works, transportation, hydrology, and environmental engineering.

Enter your email address to subscribe to our newsletter.